“Go back to Plebbit”: Mapping the Platform Antagonism between 4chan and Reddit

Reddit and 4chan’s platform antagonism have been part and parcel of both platforms, but particularly so on 4chan. Here, a media ideology of the Web as radically free remained constant over time and across political and apolitical boards (/b/ and /pol/). This clashed with views of Reddit as controlled and restricted—on /pol/ often in an anti-Semitic manner. Imaginaries of 4chan on Reddit were more diverse, differing over time and across subreddits, with views ranging from affectionate ones of 4chan as a “hive mind” to further the agenda of redditors to more antagonistically as a malicious source of misinformation.

With the digital permeating human life to such an extent it has become a “total social fact” (Mauss 1966; Marres 2017), the study of the online has moved beyond separating the “virtual” from the “real” (Rogers 2013). Yet to this day, shards of early cyberspace imaginaries remain present within certain forums and message boards. These pose the Internet as a realm where the norms of the offline do not apply, imagining online platforms as distinct territories or sovereign lands, each with their own cultural practices, platform vernaculars (Gibbs et al. 2015), and spatial metaphors. Countering the idea of the Web as placeless, such visions can encourage “territoriality”, i.e. the “symbolic process of magically appropriating, owning and controlling the material environment in which you live”, but where actual ownership resides elsewhere (Cohen [1972] 1997, 65). As has been observed in subculture studies, this sense of territoriality often hinges on antagonism towards the other, most typically as hostility towards a mainstream. In anonymous online spaces, we for instance see this manifested as an opposition between the “mask culture” of imageboards like 4chan versus the “face culture” of platforms like Facebook (De Zeeuw 2019). 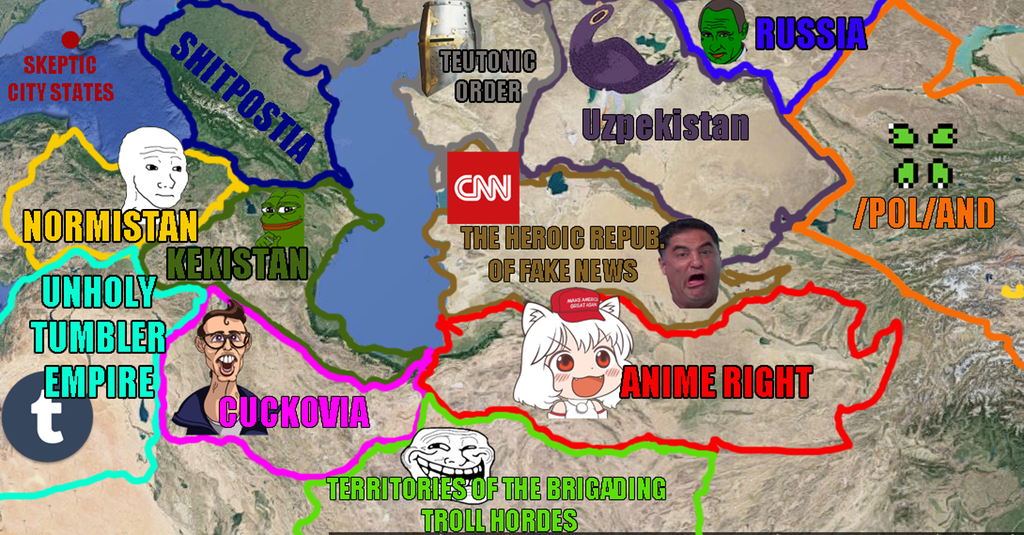 For this exploratory project, instead of oppositions between mainstream and subculture, we were interested in the antagonism between subcultural online groups. Following previous work on the relation between 4chan and Tumblr (Hagen forthcoming), we now considered the relation between 4chan and Reddit. 4chan is rife with antagonistic discourse towards Reddit, scorning those not transgressive enough to “go back to Reddit” or belonging on “plebbit” (Figure 2). Reddit is larger and therefore likely features a less homogenous hostility, even housing subreddits dedicated to commenting on 4chan’s culture (e.g. r/4chan and r/greentext). Like a battle between siblings, from the outset we can already hypothesise this antagonism might often arise because of their similarities: the sites share a culture of (pseudo-)anonymity (Van der Nagel and Frith 2015), play (Massanari 2015), trolling (Phillips 2015), and “toxic technocultures” (Massanari, 2017). When, how, and why did different hostilities between groups on these platforms arise? What can studying their relationship say about how these groups see themselves? Has the relationship between 4channers and Redditors changed over time? 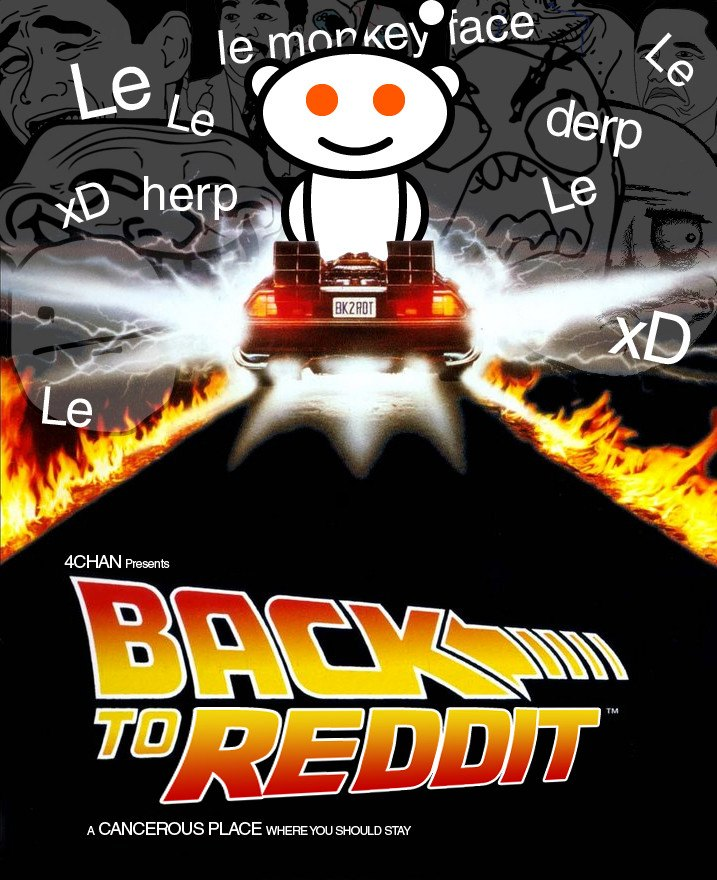 Figure 2: A common meme used by 4chan anons to scorn what they perceive as “plebbitors”.

Theoretically, we worked with the notion of platform antagonism to denote the animus between groups on different Web platforms. Such platform antagonisms can be often politically driven, for instance with left-wing pockets of Twitter becoming eager targets for far-right users of 4chan’s /pol/ board. Beyond this political contestation, however, platform antagonism specifically addresses how this opposition can be entangled with the technicality and materiality of platforms and the Web at large. For instance, 4chan’s lax moderation and its users’ absolutist position on free speech (even when it silences others) might invite views of Reddit, where moderators play a key role, as “censored”. Vice versa, 4chan’s anonymity might invite oppositional views on the site as a singular entity or “disinformation machine” (Hagen and Tuters 2021). As such, platform antagonisms might not only consist of political-ideological rifts, but may also arise from materially contingent “media ideologies” (Gehrson 2010) on the Web—what the Web is, who it is for, and how it ought to be used.

For Reddit, we gathered all comments that mentioned “4chan” since the website’s start in 2005 using Pushshift (Baumgartner 2020). This resulted in 2,328,056 comments. We filtered comments by bots by listing the most common authors and excluding the comments by posters that made at least 100 posts and that we verified as being automated.

4chan’s ephemerality and time constraints meant we had limited options in terms of data archives. Ultimately we used two datasets: a full 4chan/pol/ dump from November 2013 onwards, partly derived from the archive 4plebs and partly from 4CAT (Peeters and Hagen 2018), and, to contrast Reddit’s early data, an old 4chan/b/ dataset of five million posts between 2006 and 2008 (the Jason Scott archive).

The primary goal was to use a digital methods approach to identify key moments in 4chan and Reddit’s platform antagonisms and extract how users on both platforms imagined the other. To do so, we first mapped quantitative trends. With the Reddit dataset, we created a streamgraph of mentions of 4chan separated per subreddit. For 4chan/pol/, we made a line graph with absolute and relative trends of Reddit-mentions per month. The 4chan/b/ archive unfortunately lacked time information, so a trend graph was impossible.

With these quantitative trends, we then selected key “snapshots” for qualitative coding. As the first snapshot we chose the earliest data (2005-2008) for historical comparison. We then took the Reddit streamgraph as a basis to identify three subsequent spikes, and extracted comments during roughly one month. For Reddit, we selected two different subreddits per spike. These were culturally divergent, which fitted our exploratory approach; the goal was to get a rough grasp on how 4chan was considered and antagonised over time and on different subreddits. For equal comparison, we mirrored this timeframe for the 4chan data. As snapshots we ultimately chose:

We assigned one member of the project for each of these snapshots. We read through and labelled the posts on the basis of two categories:

A single post could be labelled with multiple imaginaries. Most posts were left unlabelled, being either neutral or ambiguous. We stopped labelling when we categorised at least 100 comments with a specific imaginary per platform, per case study. Ideally, we should have coded the posts with two or more researchers for intercoder reliability, but this was not possible considering our short research timespan of 3.4 days. To buttress and represent our qualitative findings, we made several word trees with words following subphrases like “4chan is” and “Reddit is” (Jason Davies n.d.).

Figure 3: A schematic overview of the method steps.

For the coding scheme of imaginaries, we came up with the following categories:

Note that this coding scheme was preliminary and subjective—more intercoder discussion was needed to articulate themes that better represented the types of platform antagonisms. However, the above sufficed for this exploratory project.

On Reddit (Figure 4; Figure 5), we saw that semi-frequent mentions of 4chan were already present at the inception of the platform. It later grew in specific subreddits like r/programming, r/AskReddit, r/funny, r/WTF, and r/gaming. r/4chan was also already present from 2010 onwards. In 2014, we see a first notable shift with Gamergate, where r/KotakuInAction and r/TumblrInAction appear frequently. From 2016 onwards, we see the emergence of politically oriented subreddits like r/politics, r/The_Donald, and r/conspiracy. This reflects how the far-right /pol/ increasingly came to be representative of 4chan in the public eye (Hagen and Tuters 2021). In the later years, we see an appearance of subreddits like r/PoliticalCompassMemes, r/CryptoCurrency, and r/wallstreetbets, the latter famously describing itself with the phrase “Like 4chan found a Bloomberg terminal”.