Mapping the politics of the skills gap in higher education

In this project, we aimed to map the issues and key concepts that national level student unions prioritize, and to discover the relations between student union issue priorities and the educational priorities of the OECD. We were also interested in locating the issue of skills within student union priorities.

This project explored the issue space of student unions in Canada, Australia, New Zealand, the United States, Ireland, the United Kingdom, and the Netherlands. We found that funding for education is the most prominent issue that is being addressed by student unions across all countries and The Organisation for Economic Co-Operation and Development (OECD). The issue of skills was fairly prominent, ranking 6th out of 14 main issue categories.

We noticed that student unions in the Netherlands, Australia, and the United States were the least influential in the online space. We also discovered that there is a global resonance of key issues in this space - national student unions are largely tackling the same issues in their political work. In addition, the agendas of national student unions also seem to align with broader global discourses in higher education, including with the OECD’s agenda for higher education reform. The student unions, where we originally anticipated that we may find dissenting voices, were not part of the ‘anti-program’ or presenting any significant counter discourses to the OECD educational agenda.

Concern regarding the mismatch between graduates’ skills and the needs of the labour market has emerged as a pressing issue in public higher education (HE). Over the last decade, the push from the OECD for HE reform has positioned universities as key actors in the knowledge economy, through its Skills Framework and Global Competencies reforms, suggesting that university graduates are failing because they lack the skills to compete. Consequently, policymakers, media, industry, and students have called for higher education institutions (HEIs) to address the skills gap so that their graduates can effectively contribute to the nation’s economy and land jobs post-graduation. There are, however, competing discourses about what the actual problem of the skills gaps is, including the lack of preparation of HE graduates for the world of work and the inability of students to appropriately articulate theirs skills upon graduation. Furthermore, this debate seems to be guided by a narrow understanding of skills, limiting the scope of higher education and guiding students only into certain fields with guaranteed successful workplace outcomes. For example, we see the rise of the STEM fields at the expense of the supposed decline of the humanities. What should we make of the competing discourses that frame the skills agenda? Where might we find dissenting voices in this issue?

The aim of this research was to, at the global level, map the relations between national level student associations and groups (unions) with the OECD discourses of skills in HE.

At the Digital Methods Winter School 2018, we created a dataset of keyword resonance on websites of national-level student unions in all OECD member countries. We then filtered this list to those available in English, Dutch, French and Spanish (these are the languages the research team is able to speak).

To create the dataset, we qualitatively explored the websites of national-level student unions in OECD member countries to identify their key issues and campaigns, creating a keyword list. We then queried the source list of national-level student union websites for these keywords to discover the resonance of these terms. We then categorized this keyword list into broad codes. Finally, we aggregated frequencies of the original keyword list with broad codes to create an overall picture of the issue space (see the visualisation below). We chose not to represent the issues of Discrimination, Sustainability, and Regional Politics due to their low frequency. 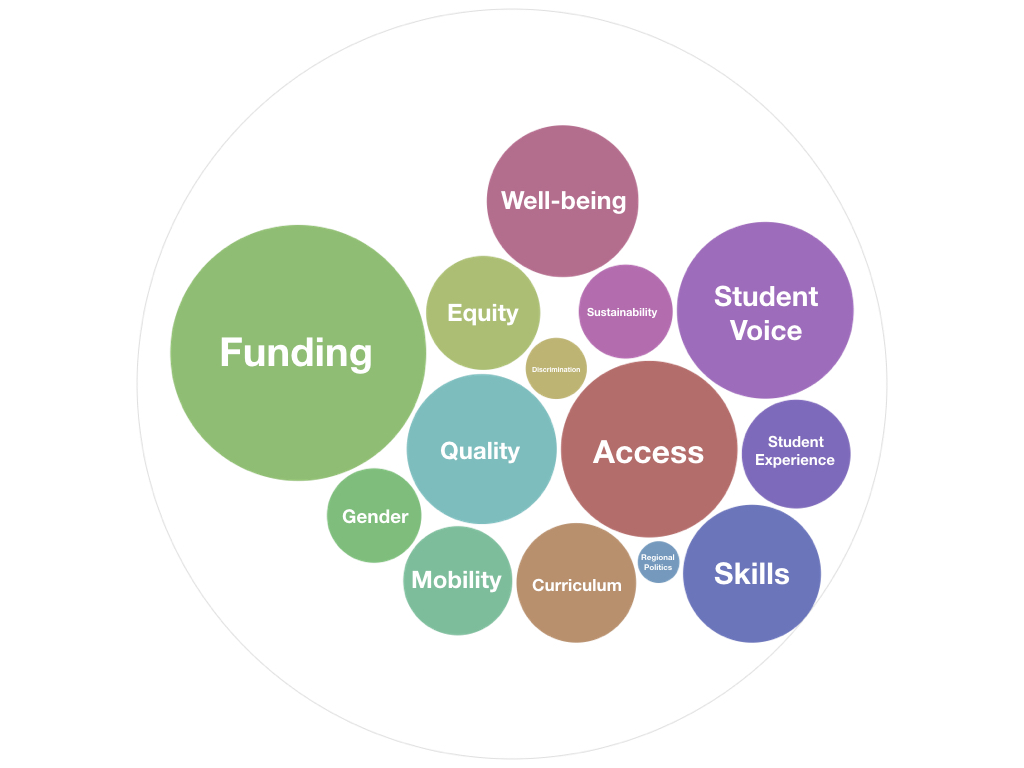 Fig. 1: overall overview of the issue space of the national student unions in Canada, Australia, New Zealand, the United States, Ireland, the United Kingdom, and the Netherlands

The collection and processing of national student associations (unions) data

In the overview below, we provide the reader with a detailed guideline of how the national student association data was collected and processed.

Collection and processing of OECD data

Run Category A keywords through Google Scraper for OECD source (www.oecd.org/education) to produce a frequency list

With a focus on seven national-level student associations, we discovered that funding was the overall priority for most associations, followed by issues of access, and of student voice in education. The Netherlands was the only association for which funding was not present in their top five issues - rather, this association focused on issues of access, quality, and skills. Student associations also took up issues with well-being, educational quality, skills, curriculum, equity, the student experience, mobility and gender. Three additional issues, discrimination, sustainability, and regional politics, are not represented in this visualization due to their low frequency. In this space, the UK, Ireland, and Canada were the most engaged across all issues, and we found that the Netherlands, Australia, and United States were the least engaged across all issues.

Fig. 2: Ranking of all issues across the 7 national-level student associations of the United Kingdom, Ireland, Canada, New Zealand, The United States of America, Australia, and the Netherlands

The issue of skills was present in the major issue categories addressed by national level student associations. The subcategories within this larger issue included issues of qualifications, employment, innovation, lifelong learning, and work-integrated learning.

Fig. 3: Overview of the extent (how much) that the 7 national-level student associations of the United Kingdom, Ireland, Canada, New Zealand, The United States of America, Australia, and the Netherlands are focussed on the skills issue

Following the same method of keyword resonance search using Google Scraper, we were able to map the issue priorities of the Student Associations against the OECD’s education agenda priorities. We found that overall, there is an alignment in the issue priorities of the national level student associations and the OECD. However, we also discovered some outliers. The student associations show an increased interest in the issue of student voice in education, and the issue of gender, when compared to the OECD. The OECD placed more importance on the issues of mobility and quality. 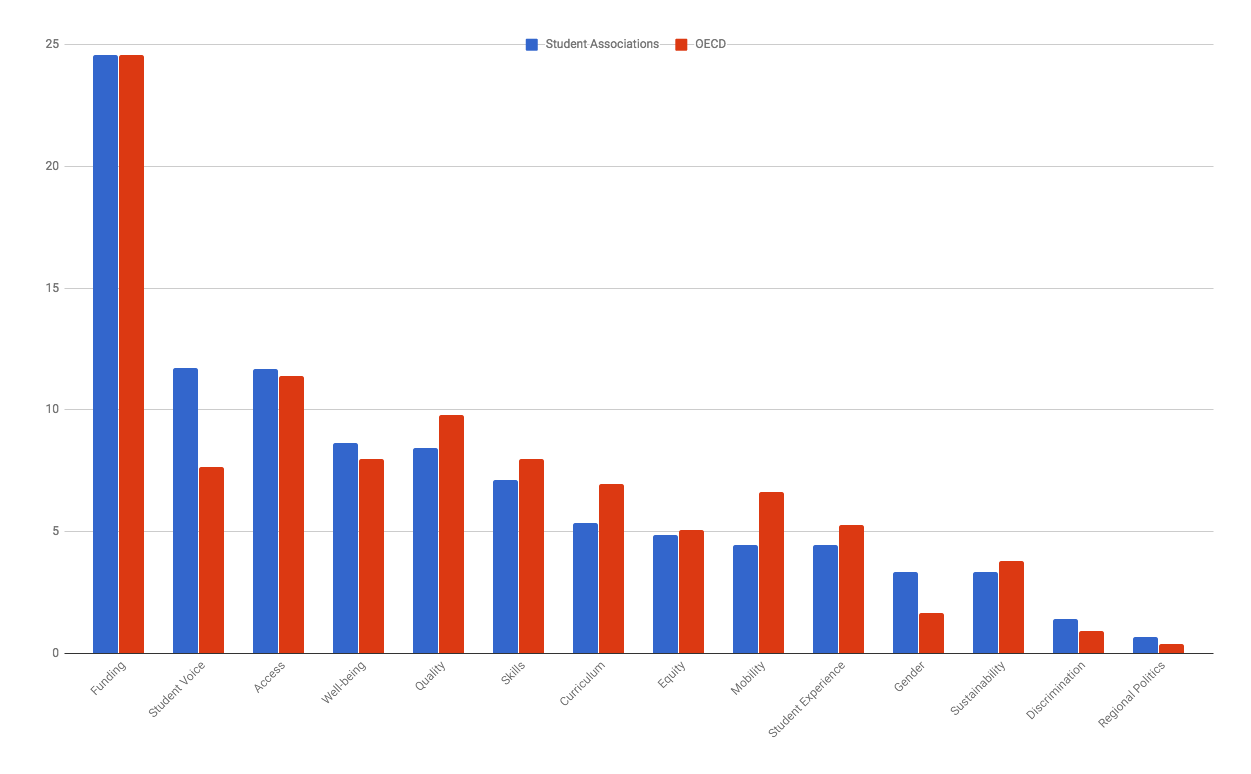 Fig. 4: Student associations and the OECD Education (% of issue space)

In this research we discovered that there was considerable resonance across all countries and the OECD around key issues in education.

Despite these few outliers, the global resonance of issues in education from the student perspective and the OECD remains a significant finding.

At a data sprint completed in summer 2017 with Dr. Richard Rogers, we began to explore the politics of association between universities and national actors focused on internationalization in Canada. We saw that this space was near void of dissenting and controversial issues being taken up on Twitter by universities and other HE actors. That is, these actors tow the corporate line and engage in social media for near only promotional purposes, blanching the public debates. We built upon this finding to explore student groups as potential sites of dissent, or the ‘anti-program’ (Latour) in this policy context. However, we discovered that in the online space, the issue agenda of national level student associations and the OECD are generally aligned. What do we make of the lack of dissent in this space? The issue discourse in this space has a similar corporate feel to what we experienced in the twitter research with higher education institutions - despite being organizations representing students, these national student associations are political groups maintaining a particular brand. We wonder about the possibility for finding the anti-program in educational reform in individual students or in more informal collectives of students. How might the student communicating dissent individually through personal social media channels contribute to creating a counter discourse?

We pursued this project with a particular interest in the issue of skills. While we found that skills was present as a unique issue, it was not a major issue for either the student associations or the OECD. However, the issues related to skills, like (un)employment, gaining qualifications, or work experience, are also closely connected to issues of funding for education, access to education and work, among others. Content analysis of the website data may reveal how skills are taken up in the framing of other issues.

Using digital methods to conduct this exploratory research has provided a number of entry points for further analysis. Specifically, we believe future research opportunities from this project include analysis of specific geopolitical contexts to better understand how the issue agenda in higher education is embedded within other sociopolitical issues. In addition, further content analysis of the issues in this space could reveal how the issue of skills is taken up in other categories such as access, funding, or quality.