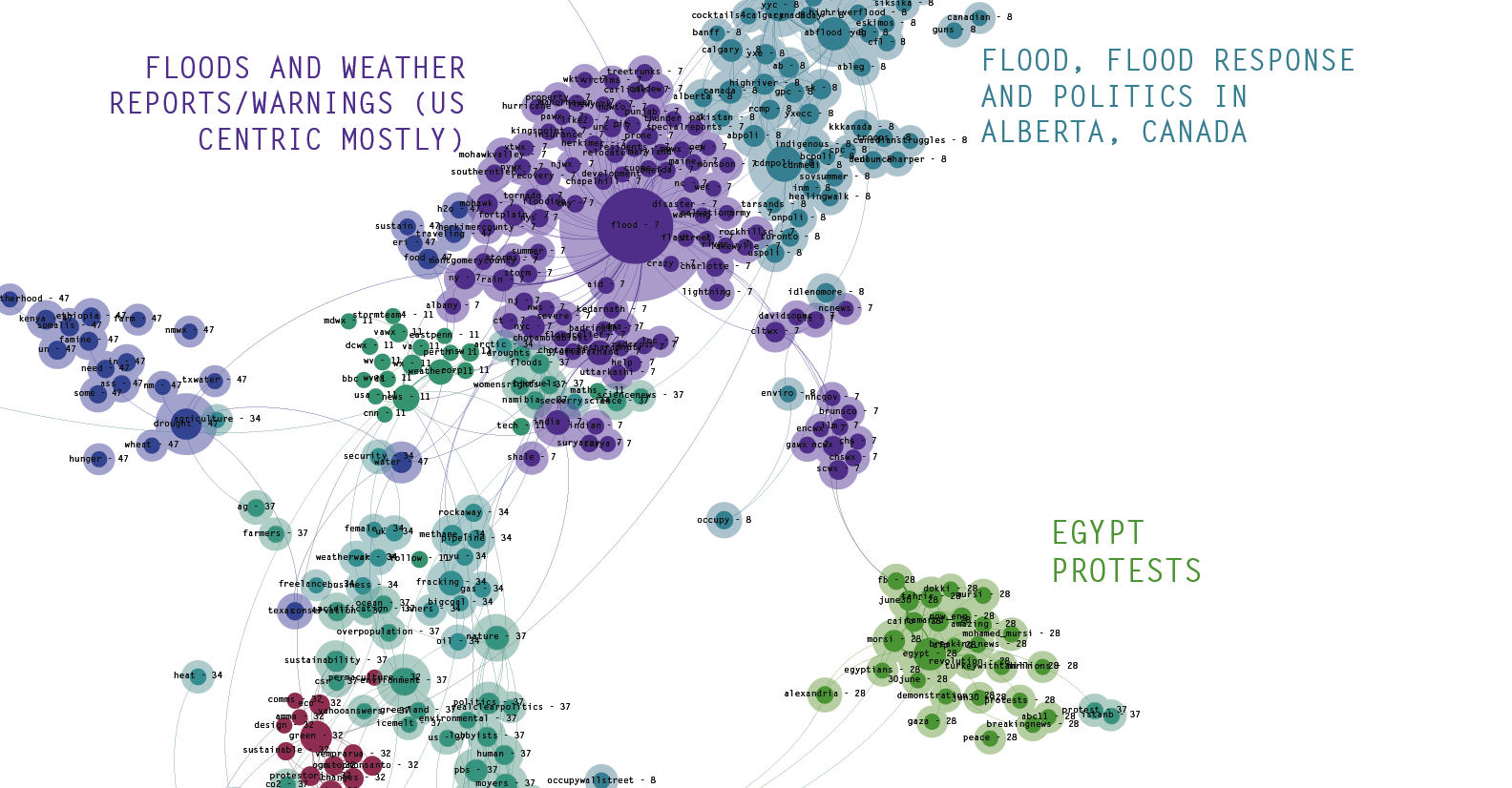 New Media & Digital Culture
University of Amsterdam
Turfdraasterpad 9 - Tem Lab room 0.12
1012 XT Amsterdam
9.30 - 17hrs. daily The Digital Methods Initiative (DMI) will hold its annual Fall data sprint, entitled: Climate Change and Conflict: Mapping Climate Refugees, Water Wars and Other Future Risk Scenarios. The data sprint will take place in Amsterdam, between 21 October and 25 October 2013. As part of its participation in E.M.A.P.S. (Electronic Maps to Assist Public Science), an international research project funded by the European Commission, the DMI is developing an ongoing mapping project focused on climate change and leading approaches (and phases) to its study, namely climate change skepticism, mitigation and adaptation. Now we would like to move towards what could be interpreted as a fourth phase: climate change and conflict. Findings from our ongoing research, as well as the increasing media attention (and output of 'cli-fi' fiction) directed to this topic, indicate that such a mapping is a timely exercise. Headlines depict bleak climate futures:  Will the next war be fought over water? ' Could hotter temperatures from climate change boost violence?'  How could a drought spark a civil war?. Also, there is an intensification of online discourse around the topic as we found through a co-hashtag analysis that indicates connections between drought and the Arab Spring, which others have found, too, in the discussion about rising food prices underlying regional tensions.

Are we indeed able to identify a fourth 'phase' in the climate change issue evolution organised around conflict? One means of mapping climate conflicts is the approach of risk cartography, where competing scenarios, and the actors who embrace them, are identified. In a risk cartography, one asks, what is at stake in these scenarios, who are the victims of the conflicts, what resolutions are proposed and who will be the decision makers in these coming futures?

The workshop envisages projects concerning the actors and issues, future scenarios and climate fictions as well as the places of conflict. Are there leading scenarios about the coming conflicts (e.g., having to do with refugees, water, and other sources of distress), and whose scenarios are these? Who are liable to be the victims? Where do these conflicts take place? We are also interested in the part played by so-called cli-fi, or climate change fiction. To what extent is fiction, and the imagined futures, organising the issue space?

Bring your computer, and your VGA connector for connecting to the projecter, if you have one. The intention is to include the outcomes of the data sprint in a publication about climate change that we plan to complete mid 2014. The organisers are Liliana Bounegru, Natalia Sanchez-Querubin and Sophie Waterloo. Questions about logistics should be directed to Sophie Waterloo, sophie at digitalmethods dot net. You may wish to read some cli-fi fiction prior to the workshop. 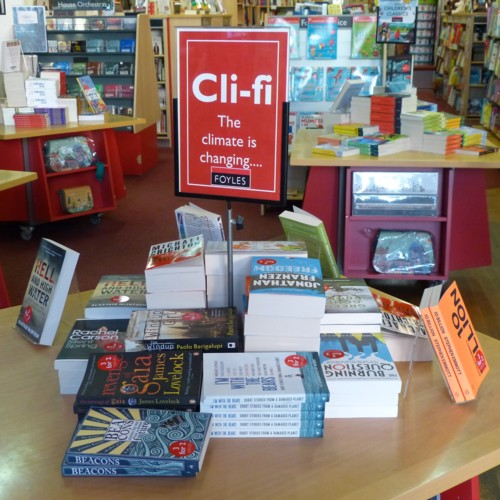 The Digital Methods Initiative (DMI), founded in 2007, is directed by Professor Richard Rogers, Chair in New Media & Digital Culture at the University of Amsterdam. The coordinators are Sabine Niederer and Esther Weltevrede. (See also DMI people.) DMI organises training opportunities in the form of the annual (two-week-long) Summer School as well as the one-week-long Winter School, which includes a mini-conference, where papers are presented and responded to. Winter School papers are often the result of Summer School projects. The Summer School is coordinated by two PhD candidates in New Media at the University of Amsterdam, or affiliates. DMI also organises Fall and Spring data sprints, including previous ones on right-wing populism and extremism as well as counter-jihadism.